No drummer today has lived a life so exciting…

IT’S BEEN OVER 50 YEARS since Johnie Faren performed his 90 seconds of fame on Ted Mack’s Original Amatuer Hour.   And today….he has been acclaimed as an Internationally known All-Star drummer.  But let us back up a bit to see the amazing history of this man and his drums that led him to this height in the entertainment World.

BORN IN CHICAGO...young Johnie found himself surrounded with jazz musicians and jazz clubs. But it was accordianist/entertainer “Ted Grayson” that featured Johnie at many night clubs at age 9. In 1960, Johnie met Gene Krupa at Chicago’s famous Jazz room “The London House” and Gene made arrangements for Johnie to be taught by his teacher Roy C. Knapp and later tutored by big band drummer Frankie Mithchel. During that time, Johnie became a contestant on Ted Mack’s Original Amatuer Hour at age 10….becoming the only drummer, ever, to win all three times to advance to the National Championships. During that time, he teamed up with friend and accordianist “Paul Betken” and performed under the name of “Sticks & Fingers” performing in shows around the country. He also became a member of the Chicago S.W. Symphony Orchestra at age 12.

THE YEARS ROLLED ON and the beat picked up. In his teens he teamed up with friend Grant Bishop performing a comedy/magic/music act. Johnie did little drumming during this period. His main role was comedy (impression of Jimmy Durante) and playing vibes.  During this period (age 14} joined the musicians union in Chicago and at age 15 he went on the road with the “Italian Bombshell” Ann Edwards..a tour that ended in Alaska. “She was the best professional entertainer I’ve ever worked with”! … says Johnie.

IN 1972..Jazz musician Bobby Lain introduced Johnie to clarinetist Jerry Fuller, which enabled him to be introduced and perform with jazz greats such as Teddy Wilson, Bobby Hackett, Joe Venuti, the Dukes of Dixieland, and others of equal stature. 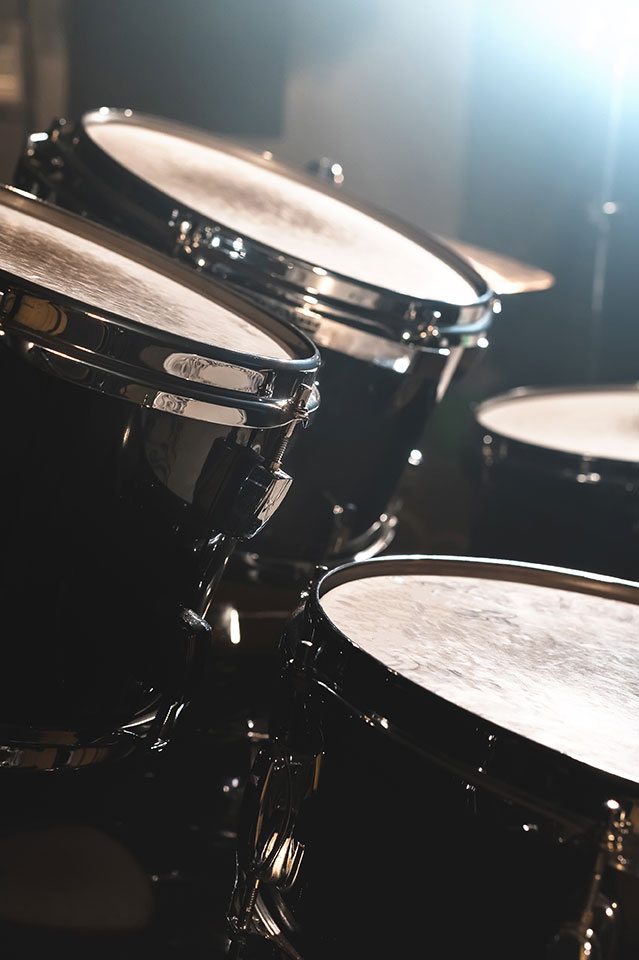 IN THE MID 70’S, Johnie became the entertainment director of the Old Chicago Amusement Park. It was at this point when it was evident that Johnie had much more than just music and show business talents. In fact, there are those who insist that when it comes to promoting, organizing and directing events….no one can do it better than Johnie! The mid 70’s thru the 80’s saw Johnie displaying his talents in a different way…not only in Jazz rooms..but also in boxing rings. Drum battles were becoming popular and Johnie became “World Drum Battle Champion”..an event that eventually was sponsored by Anheuser Busch and incorporated into Gold Gloves Boxing events. During that time he became the pre-show/opening act at the Sabre Room in Chicago for Frank Sinatra & Dean Martin.

DURING THE 80’S…he was named Entertainment Director for the St. Petersburg municipal pier while still performing with his trio, quartet and Chicago Dixieland Jazz Bands. He also formed and became the director of the Spiffs Int’l Drum Corps., began doing TV commercials for A.A.R.C, was the Master of Ceremonies for numerous beauty pageants including “Miss Orient U.S.A.”. It was then when he formed his mysterious relationship with the sport of professional wrestling and wrestlers including close friend “Dick The Bruiser”.

MOVING BACK to his home grounds in the Chicago area, he became the Musical Director for the Clock Tower Resort in Rockford where he fathered the Rockford Jazz Festival. Under Faren’s guidlines, the Clock Tower became a musical Disneyland. Never before was the city such a musical attraction. Johnie also founded the “Taste of Rockford”, the Waterfront Jazz Stage, the Pine Tree Jazz Club and numerous big events. His drumming also reached new heights as he traveled frequently to Asia (Korea, Japan, China) and became the drummer of choice for many Jazz Festivals. Performances with Bud Freeman, Teddy Wilson, Lionel Hampton, Benny Goodman, Red Norvo, Anita O’Day, Benny Carter, Charlie Ventura, Woody Herman,…and who could ever forget that historic event at the Midway Theatre..Tribute to Benny Goodman which Faren produced, directed and performed in with “Lilton” Martha Tilton.

IN 1990…tragedy struck Faren’s life. While driving home from Chicago after a “gig”, he was hit head on from a drunk driver traveling over 90 mph. The driver escaped unharmed, but Johnie sustained severe cervical nerve and spine damage. If not for the fact that he had “NOT” worn his seat belt…he would have not survived. Refusing to accept the doctors prognosis, Faren, with the help of pro wrestler “Dick The Bruiser” worked hard through therapy and persistence.

IN 1993…Johnie made his comeback and came back swinging again on those drums and through 2010 had again proven to be on top of his game. He was appointed to be director for the Shanghai Int’l Jazz Festival in China…..Formed his all new “Orient Jazz Express” while continuing his tours to Asia….selected to perform at the Illiana Jazz Clubs 30th anniversary extravaganza…performed in 2002 with famed Korean saxaphonist “Chang K. Chong” for the World Agape Mission Church celebration in L. A., California…recorded several CD’s with his Orient Jazz Express. In 2007 he toured Asia once again followed by a tour of South America including Brazil in 2008.

WHILE THE LAST 15 YEARS have been very active and exciting performing in festivals and concerts throughout the World…. health issues developed once again that put Johnie’s career on hold for nearly a year … But hope is a strange thing…a strong thing…and in 2011, while good news came from his doctors, he was contracted to be the drummer for the 2011 European International Jazz All-Stars to tour Europe. Johnie was on his way again…beating all odds…and at 100%. In 2012, he again toured Europe with the European International Jazz All-Stars.  Then in 2018 & 2019 in Japan at the Okazaki Jazz Festival and performances in Tokyo, Japan. 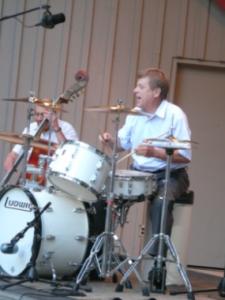 JOHNIE HAS COME A LONG WAY since his debut on Ted Mack’s Original Amatuer Hour at age 10. No drummer today has lived a life so exciting, so different, full of challenges good and bad, interests and diversity…touching so many lives in so many ways. Where this will lead him, only time can tell, but he has his sights on the stars and all things are possible..as he has already so capably proven!

“HOPE IS A GOOD THING—-MAYBE THE BEST OF THINGS–AND ALL GOOD THINGS NEVER DIE.

JOHNIE HAS BEEN DIRECTOR/ PRODUCER OF: